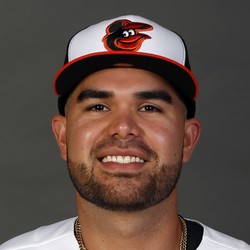 Nunez went from 8 homers and a .258 average in 2018 to a breakout performance with 31 homers and 90 RBIs. The batting average certainly won't help fantasy owners, however.

Renato Nunez once again hit third and played third base on Wednesday against the Blue Jays, striking out three times. He went down swinging all three times.

Nunez has been struggling at the dish this spring, posting a .161 average and .496 OPS. While he is a good source of power at the back end of drafts, sluggers who strike out a lot are prone to slumps like this. Just hope it doesn't carry into the regular season.