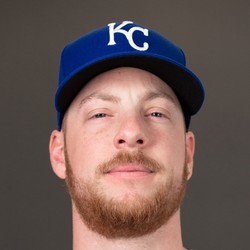 Richard Lovelady's contract has been purchased by the Royals and he will be set to make his MLB debut.

Lovelady is someone that could potentially be on fantasy radars, but place him onto your watch list instead of your roster. The reason to be excited about Lovelady is because he sported a career 1.99 ERA, 0.96 WHIP, 9.7 K/9 and a 3.88 SO/W while in the minors. Beat writer Craig Mish also said that Lovelady "could factor into late innings with Kansas City."