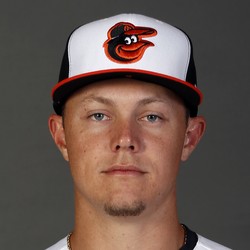 Ryan Mountcastle was not included in the Orioles' initial player pool that was released on Sunday.

Mountcastle figured to make his major league debut in 2020, but the Orioles seem to be delaying his service time. There are still 16 spots open on the 60-man roster, so Mountcastle may be added within the next week or two. Despite not being on the initial roster, he's clearly still worth stashing in dynasty leagues, sporting a 117 wRC+ over 127 games in Triple A.