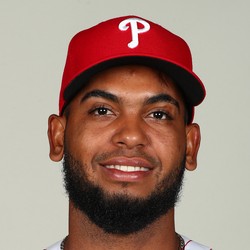 Seranthony Dominguez (elbow) facing a decision after he was recommended Tommy John surgery by the team doctors.

Dominguez will have his elbow re-examined before making a decision on whether to elect Tommy John surgery. He dealt with elbow issues in 2019 and suffered a setback while rehabbing this offseason. If Dominguez opts for surgery, he will miss the entire 2020 season. The 25-year-old reliever can be avoided in redraft leagues, but is worth stashing in dynasty formats.