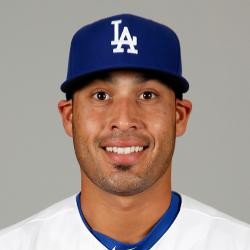 After a lights out beginning to Spring Training, Sergio Santos stumbled at the end and was subsequently told that he did not make the Opening Day roster. Paco Rodriguez, Yimi Garcia, and Pedro Baez beat out David Huff, Sergio Santos, and David Aardsma for the final three bullpen spots.

With Kenley Jansen and Brandon League out to begin the season, it looks like the Dodgers will employ a closer-by-committee. General Manager Farhan Zaidi doesn't "think it's that important. That plays itself out over the course of the season." I've seen it mentioned that Chirs Hatcher will get the first shot, but the fact that the Dodgers are carrying three left-handed pitchers seems to confirm the "play the matchups" scenario.