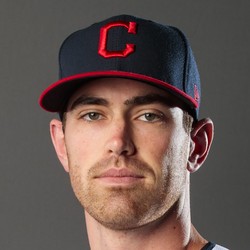 Bieber was simply fantastic in 2019 and gave you everything you want from a stud pitcher. He was second in the league innings, had a 3.28 ERA and a 1.05 WHIP, and was top-10 in strikeout and walk rates. He gave up his fair share of home runs but, overall, there are next to no complaint about Bieber. Draft him with confidence as a low-end ace.