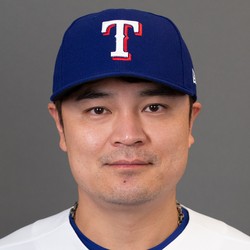 It never feels exciting to draft Choo, but he now has 20+ homers with a .260+ average and 80+ runs in each of the past three seasons. In fact, he stole 15 bases last year even despite his older age. This is a killer value in the 21st round of drafts.

Shin-Soo Choo went 1-for-2 with three walks, two runs scored and a stolen base in Sunday's 6-1 win over the Yankees.