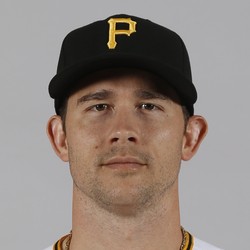 Steven Brault struck out 10 while allowing four runs on four hits with four walks across five innings during a no-decision against the Reds on Friday.

Brault pitched very well in June, July, and August, but tarnished his good season with a brutal September. He ends the season with a 5.16 ERA, 1.50 WHIP, and 100 strikeouts in 113.1 innings.