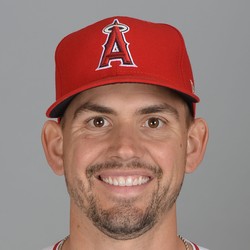 Taylor Cole (1-3) allowed five runs on five hits and a walk while striking out two through one inning in Monday's 7-4 loss to the Reds. He took his third loss of the season.

Cole started Monday's game as an opener and was hit hard by the Reds. His ERA jumped from 2.94 to 5.14 over his last two outings after allowing nine runs over just 1 1/3 innings. With his recent struggles, it would be surprising if the Angels use him as an opener moving forward.