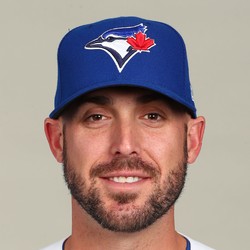 Shaw was awful last year, batting .157 and losing his job but he was playing through injuries. Don't forget that he hit 30+ homers in back to back seasons before last year's struggles.

Travis Shaw struggling at the plate through five games

Travis Shaw has gone 1-for-11 with a double and a 1:7 BB:K through his first five Grapefruit League games for the Blue Jays.

Shaw signed a one year deal with the Blue Jays after having major struggles with the Brewers last season when he hit just .157 with seven home runs. The veteran slugger has the inside track on the starting first base job but will need to start hitting.