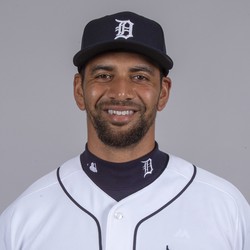 Free-agent starting pitcher Tyson Ross agreed to a one-year, minor league deal with the San Francisco Giants, according to multiple reports. The deal is reportedly worth $1.75 million, with an additional $1.75 million in incentives.

Ross appeared in seven games for the Tigers last season, pitching to a 6.11 ERA. Injuries once again plagued the right-hander last year, but the Giants are hoping he will prove to be an affordable buy-low candidate who can round back into form.