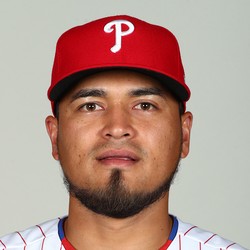 The Phillies blew a 4-1 lead in the sixth inning Tuesday, losing to the Nationals, 10-4. Victor Arano took the loss, allowing four runs on four hits in one inning. He gave up two home runs, as his record fell to 1-2 with a 2.79 ERA.

Arano's ERA jumped nearly a run over his last two outings. He's still having a solid overall season, striking out 51 and walking just 14 in 48 2/3 innings. Despite the two home runs allowed on Tuesday, he's given up just four home runs this season.