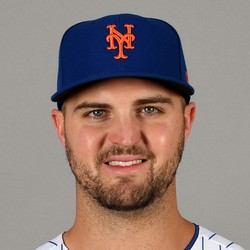 Mets pitcher Walker Lockett allowed four earned runs on eight hits and two walks while striking out four over 4 2/3 innings in a no-decision against the Marlins on Monday.

Lockett was recalled from the minors as the 26th man for Monday's doubleheader, and he is likely to head back to the minor leagues tomorrow. He has a 7.79 ERA on the season through four starts.