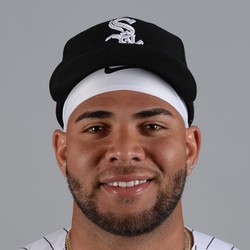 The former top overall prospect had a heck of a season in 2019 but his .400 BABIP is almost certainly not going to repeat in 2020. Even still, this young stud has room for more growth and could provide 30 homers plus 10 steals for fantasy owners.

Ken Rosenthal of The Athletic reports the White Sox and Yoan Moncada are in agreement on a five-year extension that includes a club option.

Extension season continues. The deal is reportedly worth $70 million in guaranteed money with the potential to increase to $90 million if the option is picked up. The contract would potentially buy out two of Moncada’s free agent years. He would hit the open market after his age-30 season. It’s yet another long-term deal the White Sox have gotten a young player to sign. Eloy Jimenez and Luis Robert have made similar commitments within the past calendar year.