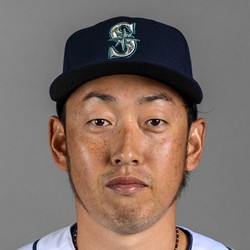 The Mariners have signed reliever Yoshihisa Hirano to a one-year, $1.6 million contract.

The deal includes some performance bonuses. Hirano pitched really well with the Diamondbacks in 2018, posting a 2.44 ERA in 66 1/3 innings. However, he struggled with a a 4.75 ERA last season. Seattle's bullpen is so up in the air right now that it wouldn't be a complete surprise if he saw some save chances at some point.