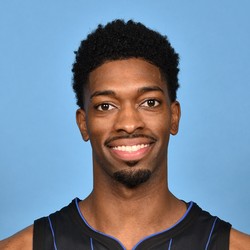 Amile Jefferson gets waived by Orlando on Thursday

The Magic have waived Amile Jefferson on Thursday according to Josh Robbins of The Athletic.

The team has let go of Jefferson to make room for James Ennis who was acquired from the Sixers. It is doubtful that Jefferson was owned in any fantasy leagues but if he was he can be dropped.