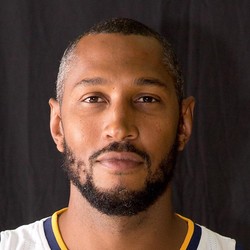 Boris Diaw retires from the NBA

Boris Diaw announced his retirement on Twitter after 14 seasons in the NBA including stints with the Hawks, Suns, Hornets, Spurs, and Jazz. Diaw won one NBA title with the Spurs plus a Most Improved Player Award back in 2006. Diaw was durable in his tenure in the NBA playing at least 73 games in all but two seasons which he played 57 and 66 respectively.

Diaw is probably not a Hall of Famer but he certainly opened the door for French players in the NBA. Diaw was the MVP for France back in 2004 and will go down as one of the best French players to ever play in the NBA. In his prime, he was a late-round draft pick in fantasy.