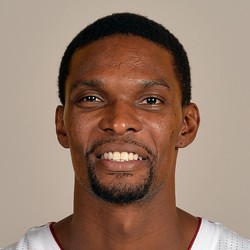 Chris Bosh has been waived by the Heat

Chris Bosh has been waived by the Heat on Tuesday after missing most of the last two seasons with a blood clot. Health is the No. 1 priority for Bosh and at this point, it seems unlikely to return to the NBA. If he does, could he join the Cavaliers?

Bosh is a two-time NBA Champion with the Miami Heat while making the NBA Finals four straight years. Bosh will go down as one of the best stretch four's and an 11-time All-Star selection.