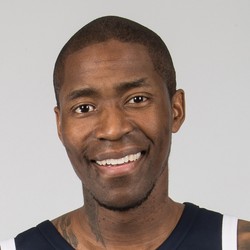 Blast from the past: Jamal Crawford drops 51 on Mavs in finale

Jamal Crawford scored 51 points on 18-for-30 shooting and added five rebounds and five assists in Tuesday's season finale against Dallas.

The Phoenix lineup is decimated by injuries so Crawford had an increased role with most of the regulars being held out of the season finale. He took advantage and became the oldest player ever to score 50 in a game. Crawford's role continues to shrink as he gets older, but he showed he can still score on multiple occasions this season.