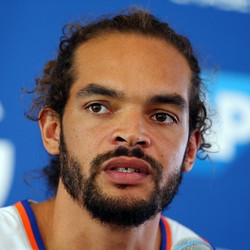 The Los Angeles Clippers are signing C Joakim Noah for the remainder of the 2019-20 season.

Noah’s 10-day contract with the Clippers is set to expire June 23, but he’ll be extended for the rest of the season set to begin July 30 at Walt Disney World. The 12-year vet last played for the Grizzlies in 2018. He averaged 7.1 points and 5.7 rebounds in 16 minutes per game off the bench. He’ll provide some more toughness and depth to a Clippers front court that is already very deep. The Clips are a favorite to make a run at a title when the season resumes play at the end of next month.