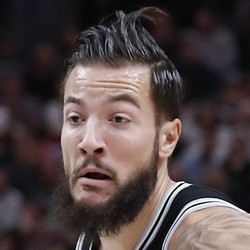 Lauvergne has been a non-factor in fantasy formats for quite some time now. He hasn't played more than 20 minutes in any game since February 13. If he is ever afforded extended time he could be effective, but as it stands now he carries no value.