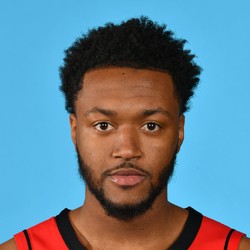 Despite being the recipient of the 2018 Haggerty Award (for being the top college basketball player in the New York City metro area), former St. John’s point guard Ponds went undrafted during the 2019 NBA Draft. Presumably, the Rockets' plan for Ponds is to spend time in the G-League developing his game. For now, however, he is completely off the radar in all fantasy leagues.