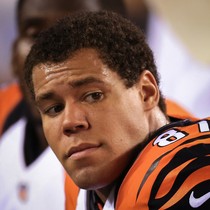 It seems the Bengals are finally moving on from the old, creaky, washed version of Tyler Eifert, as he fell behind Uzomah in both snaps, routes, and targets last week. Both of them dropped a pass in the end zone last week, so it's just a bad time all around. The matchup against the Browns has been a good one for tight ends, so we should at least consider the idea of streaming one of them. Of the seven tight ends who've seen more than three targets against the Browns, six of them have finished as top-16 options, including five of them finishing as top-eight options. The 1.96 PPR points per target they've allowed is tied for the fifth highest mark to tight ends, though teams have seldomly targeted their tight ends against them, as evidenced by the 5.8 targets per game, which ranks as the ninth-fewest in football. Still, Dalton does average 41.7 pass attempts per game in his nine starts, so there are targets to go around. While it's impossible to say Uzomah is more than a middling TE2, he's not the worst option if you're in a real pinch.