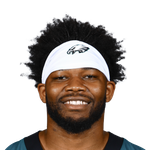 It seems that Penny will start the year on the PUP list after tearing his ACL towards the end of last year. That would knock him out for at least the first six weeks, which is not something fantasy owners should be looking to draft. Even when he returns, we don't know where he stands on the depth chart, as they still have Chris Carson, then drafted DeeJay Dallas in the fourth round, and also signed Carlos Hyde in free agency. Unless you have an IR spot, Penny should be on waivers to start the season.