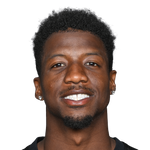 Despite playing with Mitch Trubisky, Miller has now seen 139 targets in his first two seasons, compiling 85 receptions for 1,079 yards and nine touchdowns. By comparison, Robert Woods saw 139 targets last year, finishing with 90 receptions for 1,134 yards and two touchdowns. But for whatever reason, Matt Nagy has chosen not to let Miller flourish in the Bears offense. There were just seven games he saw more than three targets. In those seven games, he totaled 42 receptions for 547 yards, and two touchdowns. With Taylor Gabriel gone, it's very possible that Miller becomes more of a staple in the offense. He's best viewed as a WR4/5-type option with WR3 upside.