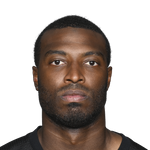 Have the Ravens written him off as a bust? After drafting him in the third round last year, they had him playing behind guys like Seth Roberts and Willie Snead. He played just 27.2 snaps per game and saw just 22 targets his rookie year despite being healthy for all 16 games. He did score three touchdowns on those targets, and outside of Mark Andrews, he's probably the dark horse to lead the team in receiving touchdowns at 6-foot-4 and 220 pounds. Still, he needs to be on the field for that to happen. My guess would be that he starts on the perimeter opposite Marquise Brown with Roberts gone, so there's some sort of opportunity here. The issue is that they targeted wide receivers just 172 times last year. Even a 15 percent increase (which is a lot) would bring them up to 200 targets. Without an injury, it's going to be difficult for Boykin to see more than 50-60 targets, even as a starter.