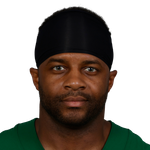 Remember how many people were fading Cobb last year, saying he'd passed his prime and wanted nothing to do with him now that he was separated from Aaron Rodgers? He went on to post his most yardage since 2015. Granted, it took him 83 targets to get there, but he showed that he was capable. Deshaun Watson hasn't been a quarterback to target his slot receivers a whole lot, but he's never had a possession-style on like Cobb, and he's never played without DeAndre Hopkins. Will things change? It's certainly within the realm of possibilities. The issue is that Keke Coutee and Kenny Stills are also solid slot receivers who can fill that role, if needed. My issue with Cobb is... what's the upside? Cole Beasley-type numbers from last year? He even finished as the No. 34 wide receiver, but was any fantasy owner excited to put him in their lineup? Maybe during bye weeks but that's about it. He's just a WR5-type option to me, and one who lacks upside.