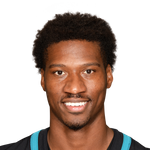 Of the top of your head, do you know how many receivers received 100-plus targets last year? 30. Westbrook was one of them. There's a new offense being installed, but Westbrook should fit Jay Gruden's offense quite well. Remember Jamison Crowder while in Washington? Has seasons with 103 and 99 targets, so it's definitely in reach. We did hear that Gruden plans to use D.J. Chark in the slot a bit more, which tells us that Westbrook won't be pigeonholed into the slot role that he's been the last couple years. Westbrook has real speed on the perimeter and could be more than just a target-heavy slot receiver. We know that second-round pick Laviska Shenault had core muscle surgery this offseason which might put him behind the learning curve, and it's not like the Jaguars have any allegiance to Chris Conley, so it's possible that Westbrook is the 2020 version of Jamison Crowder in 2019 (finished as the WR31) with more vertical play upside. The best part is that you can grab him with one of your last picks and find out almost immediately.