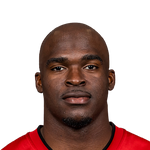 Perriman is now on his fourth team in as many years. It's tough to be a reliable fantasy option when that's the case. Not only that, but the Jets are still under Adam Gase, which means there won't be many plays per game (he's been under 59 plays per game in each of the last two seasons). The Jets have what I deemed the toughest schedule in the league for perimeter wide receivers, so even if we see Perriman get the targets, he's unlikely to be efficient with them. He closed the 2019 season with 25 receptions for 506 yards and five touchdowns over his last five games, which will have some intrigued, but my guess is that you'll drop Perriman for a hot waiver wire pickup, as Gase's offense isn't Bruce Arians' and Sam Darnold isn't Jameis Winston. There will be weeks where Perriman snags a deep ball and pays off, but those are the types of players you can find on the waiver wire all the time. I just don't see him getting more than 5-6 targets per game.