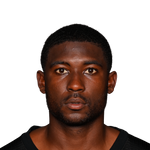 It would really make sense for Washington to use Sims in a bigger role this year, as he looked the part at the end of 2019. Over the team's final four games, he racked up 36 targets, 20 receptions, 230 yards, and four touchdowns while manning the slot. Sure, Antonio Gibson is the new toy in the offense, but Ron Rivera has already said that he views him as a running back. When Washington goes three-wide, Sims should be out there in the slot, but that's just my opinion. We could see Gibson or even Trey Quinn play that role. Without preseason action, there are just too many question marks. Depending on which receiver is in the slot, he should have some value throughout the year as a streamer, but you shouldn't need to spend a late draft pick on them, as that is your time to take ultra-high upside picks.