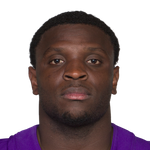 Reagor sustained a shoulder injury on August 30th and although the word is that he'll avoid surgery, he's reportedly likely to miss about four weeks. Prior to the injury, Reagor was set to be a value in drafts, as Alshon Jeffery's injury and a lack of reliable receiving options outside DeSean Jackson had him set to see a significant role. The timetable for his return is far from certain, but given that Reagor is a rookie and hasn't had any preseason contests to experience the speed of an NFL game, fantasy managers shouldn't count on production for him at the outset even after he returns. That's especially true given that he won't have as much time to benefit from Jeffery's likely absence to start the season. All in all, Reagor is a bench stash currently, but be prepared to be unable to use him for fantasy purposes for at least several weeks into the season.