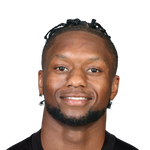 Mixon's value was up in the air for a week or two before he agreed on a new deal with the Bengals that will keep him in Cincinnati for several more seasons. With that locked in, Mixon is good to go for the 2020 season and it should be a good one. The downside for Mixon is his lack of usage in the passing game, which admittedly limits his upside a tad. But he was a true workhorse back over the latter half of the 2019 season, and will now be playing behind a better offensive line with a better quarterback in an offense that should score plenty of points. He may not have the ceiling of the top three or four backs being drafted, but if he's healthy, RB1 status is nearly a lock. Draft him with confidence.