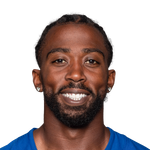 Taylor certainly has the potential to be a viable quarterback option in deeper two-quarterback leagues with a soft early schedule, especially with an improved Chargers offensive line. The problem for Taylor is that Los Angeles is almost certainly going to lean on its strong defense and rely on its running game, which isn't a recipe for fantasy production from a quarterback. Even if he does hold off Justin Herbert for the full season, his likely low pass volume should hold his fantasy value in check. He can be considered a low-end QB2 in most leagues, but he's not the most exciting option.