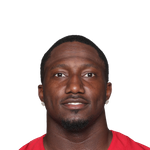 Samuel suffered a broken foot (a Jones fracture, near the mid-point of the foot) on June 16th and had surgery that same day. He's been given a 10-week timetable for his return to action - six weeks for the fracture to heal plus four weeks to gradually return to playing shape - which would put him back to full speed by the start of the season with the 49ers. He has since avoided the PUP list, though his availability for Week 1 is uncertain. At this point, draft Samuel as a WR4 and don't plan on relying on him for at least the first few weeks, but there's optimism he can contribute significantly soon if he avoids setbacks.