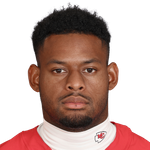 It was a down year for the now-23-year-old in 2019 as he battled through injuries and incompetent quarterback play. All that changes in 2020 as he's healthy and has Ben Roethlisberger under center. Not just that, either. They're moving him back to the slot almost full time, which will help his efficiency. The Giants secondary might be the worst in the league, even though they did acquire James Bradberry as a free agent. Outside of him, their cornerback depth chart goes Corey Ballentine, Brandon Williams, Darnay Holmes, and Isaac Yiadom. They recently added Logan Ryan, who can cover the slot, but might be listed at safety due to the recent injury to Xavier McKinney. Even if he were to come down into the slot, it's not as if it's a matchup you'd avoid. Ryan allowed 69-of-97 passing last year for 766 yards and five touchdowns in his coverage. He was the slot cornerback who was most targeted in the NFL with the closest seeing 85 targets. It's Roethlisberger's first game back, so we have to be a little cautious, but the matchup is too good to pass up playing Smith-Schuster as at least a WR2 with true WR1 upside.