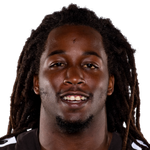 Hunt should be an interesting play this week, as the Browns are heavy underdogs in this game. His splits in wins/losses weren't nearly as bad as Chubb's. Still, you worry about the potential lack of plays for the Browns offense this week, as Stefanski averaged just 60.4 plays per game in Minnesota last year, combined with the Ravens opponents averaging just 57.6 plays per game. It seems somewhat unlikely that Hunt winds up with more than 10-12 touches this week, and it's not a great matchup against a defense that allowed the fourth-fewest fantasy points in 2019. Because of that, Hunt should be considered a somewhat low-upside RB3/flex play.