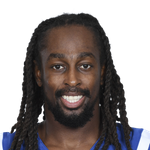 After missing the start of training camp with a hamstring, Hilton came back and reportedly became Philip Rivers' favorite target. The Jaguars used to be a team to fear for wide receivers, as Jalen Ramsey and A.J. Bouye were potentially the best duo in the league. Those days are gone. The starting cornerbacks for the Jaguars this year will be first-round rookie C.J. Henderson and Tre Herndon. We know that Henderson has never seen NFL game action, not even preseason. Herndon is someone who played well in a pinch last year, allowing 643 yards and four touchdowns on 76 targets in coverage, though he never saw opposing No. 1 receivers. They're likely going to play sides here, so Frank Reich and Rivers can pick/choose their matchup for Hilton. He's the one sturdy presence in the passing game and should see six-plus targets here, though you have to wonder how much the Colts need to drop back and pass while heavy favorites. If Hilton is healthy, which it appears he is, you want to start him as a WR3. It's best to be cautious in DFS, as it's his first game action with a new quarterback.