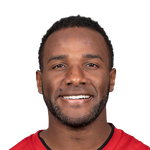 Had Bernard not missed six games in 2016 that artificially kept his numbers down, he'd be coming off three straight years of declining touches. As it is, he's been nothing more than a change-of-pace back for the last two seasons, who occasionally factors into the passing game but rarely does anything noteworthy. Even with an injury to Joe Mixon, it's doubtful that Bernard would carry the load himself given his age and size, so he's best ignored in fantasy circles.