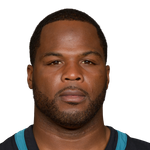 Hyde had a surprisingly effective year with Houston, despite joining the team just before the season started. He saw 245 carries and averaged 4.4 yards per carry, proving useful in fantasy despite not factoring into the passing game at all. He signed late this offseason with the Seahawks, which, for now, appear to be more of a hedge for Rashaad Penny's injury rather than a chance for Hyde to supplant Chris Carson. But, given Carson's fumbling issues and hip injury, Hyde makes a decent handcuff in a run-heavy Seattle scheme.