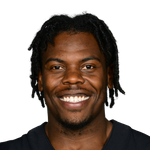 Richard saw a dip in production with Josh Jacobs on the roster, but he'll always be the passing-downs thorn in Jacobs' side. The Raiders gave Richard a two-year extension this offseason, so despite talk of Jacobs' added involvement in the passing game, Richard should continue to hold his role. Unfortunately, that role isn't worth that much, particularly with Lynn Bowden added to the mix. Richard is worth a look in extremely deep PPR formats, nothing more.