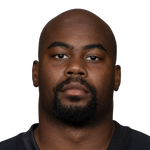 With fantasy MVP Christian McCaffrey out for 4-6 weeks, Davis figures to be the starting running back for the next month or so. He only netted one carry in relief last week, but he saw eight targets, catching all of them for 74 yards. Davis used to be considered a third-down back who could be mixed in on early downs, so it's good to see the Panthers realize his potential through the air. The downside is that the Chargers defense awaits, and they've been murderous through two weeks, allowing just 0.63 PPR points per opportunity, which ranks as the fourth-lowest number in the league. The 3.94 yards per target they've allowed is ridiculous, especially when you know they've played against Joe Mixon and Clyde Edwards-Helaire in the first two games. The 46 touches that running backs have totaled is also the fifth-lowest mark in the league, and that's despite teams running 68.5 plays per game against them. He's still a starting running back who's likely locked into 15 touches, so he belongs in the middling RB3 territory.