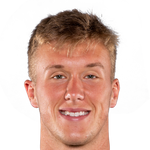 We all thought Njoku would be the starter with Austin Hooper out, but the Browns seem dead set on avoiding Njoku as a full-time player. Still, neither of them played massive roles compared to other tight ends in the league. Bryant ran 17 routes (ranked 26th in Week 7) while Njoku ran 12 routes. Let me be clear: If that remains the case, neither will be a reliable streamer. The Raiders have not been a matchup to avoid with tight ends, as we've seen Travis Kelce, Rob Gronkowski, and Jared Cook all score against them, though Kelce and Gronkowski were the only tight ends who topped 16 yards. Nothing about the matchup screams "must start" against the Raiders, as the 6.90 yards per target ranks 20th, the 61.9 percent completion-rate ranks 25th, and the 1.74 PPR points per target ranks 17th. Bryant would be the preferred option of the two but he's just a middling TE2 while Njoku is a touchdown-or-bust low-end TE2.