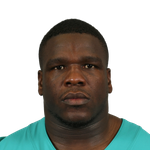 For those who were hoping that Perine would eventually get to showcase his ability, it seems Adam Gase doesn't want to make that happen. Since cutting Le'Veon Bell, the touch count has been Gore 50, Perine 40. We're seeing a lot more of Gore with early-down work (he's outproducing Perine there) while Perine is getting slightly more passing-down usage. When you see this sort of timeshare in a backfield that averages just 23.0 touches per game, it's a problem. The Chargers have seen just 25.8 running back touches per game, which is one of the lower marks in the league, which again, is not good for a timeshare. Gore has now gone 230 carries without a single touchdown, which dates back to Week 3 of last year. Add in his 3.57 yards per carry he's averaging, and it really doesn't matter that the Chargers are allowing 4.87 yards per carry. They've tightened up in the red zone, too, allowing just five rushing touchdowns (seventh-fewest) on 178 carries. Production through the air against them has been minimal, as they've allowed just 4.59 yards per target, which is the third-lowest mark in the league. There was a report that came out on Wednesday where Adam Gase said Perine would "get more work moving forward" but also went on to say that Gore will still be involved. I suppose we should expect Perine to lead the timeshare, but even then, he's stuck in the low-end RB3/high-end RB4 territory, as this duo has averaged just 22.5 touches per game over the last four games.