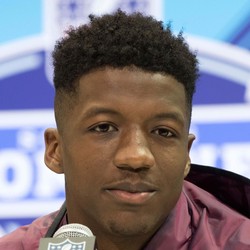 Despite playing with Mitch Trubisky, Miller has now seen 139 targets in his first two seasons, compiling 85 receptions for 1,079 yards and nine touchdowns. By comparison, Robert Woods saw 139 targets last year, finishing with 90 receptions for 1,134 yards and two touchdowns. But for whatever reason, Matt Nagy has chosen not to let Miller flourish in the Bears offense. There were just seven games he saw more than three targets. In those seven games, he totaled 42 receptions for 547 yards, and two touchdowns. With Taylor Gabriel gone, it's very possible that Miller becomes more of a staple in the offense. He's best viewed as a WR4/5-type option with WR3 upside.

Anthony Miller to have more structured preparation to maximize production

Chicago Bears WR coach Mike Furrey told reporters that Anthony Miller “will have a structured schedule throughout the week and that process will help him become more successful on Sundays.”

Miller is coming off another shoulder surgery before his third season this year. He started slow in 2019 before having an impressive few games down the stretch for the Bears. He finished the season with 52 catches for 656 yards and two TDs. He had seven TDs in his rookie season the year before. Look for Miller to be a hot commodity in the middle-to-late rounds of drafts as fantasy owners start to realize his potential. He’s currently the ECR’s WR46, but he could easily become a top-30 WR when all is said and done this season.

(2020)
View Full Schedule
Who Should I Draft?
Most Accurate Experts
for Anthony Miller
Do Not Sell
Are you looking to contact Customer Support about a subscription or account related question?
Yes
No, I'm a California resident looking for the California Consumer Privacy Act form