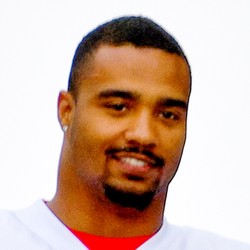 The Eagles claimed linebacker D.J. Alexander off waivers Sunday, one day after his release from the Seahawks. Linebacker Joe Walker was released in a corresponding move.

Alexander was a fifth-round pick of the Chiefs in 2015 and played every game over his first two seasons. He made the Pro Bowl on special teams in 2016. After being traded to Seattle in 2017, Alexander recorded 10 tackles in 12 games.