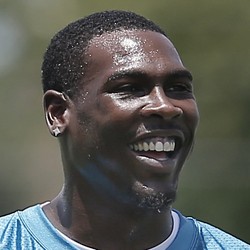 Free-agent wide receiver Marqise Lee is assigning a one-year deal with the New England Patriots, according to a report from ESPN NFL insider Adam Schefter.

Lee was released by the Jaguars earlier in the week in a cost-cutting move as the veteran wideout has dealt with injuries the last few years. He'll get a chance to bounce back in New England, though things will look very different for the Patriots this season with Tom Brady no longer at the helm.

(2020)
View Full Schedule
Who Should I Draft?
Most Accurate Experts
for Marqise Lee
Do Not Sell
Are you looking to contact Customer Support about a subscription or account related question?
Yes
No, I'm a California resident looking for the California Consumer Privacy Act form