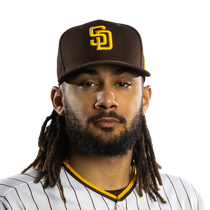 Fernando Tatis Jr. and Padres have mutual interest in an extension

Fantasy Impact: "It was just such a short season and such a sprint to the finish line that I don't think there was a lot in the middle of all of that for trying to put a contract negotiation in there," Preller said. "We'll start to look more seriously at that here this offseason, and it sounds like there's interest on both sides, so we'll see where that goes." The electrifying shortstop is locked up through the 2024 season, so there isn't a pressing need to get something done. We have seen in recent years, however, that many young stars have been willing to sign extension at the expense of delaying free agency.