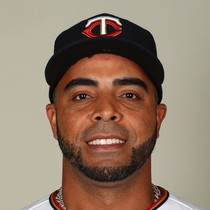 Nelson Cruz was hit on the wrist during live batting practice and has been diagnosed with a bruised wrist. (Source: Do-Hyoung Park on Twitter)

Fantasy Impact: This doesn't appear to be anything serious or a long-term injury, but Cruz could take some time off since it's this early in Spring Training. Despite being only a DH for fantasy purposes in most formats, and the fact that he'll turn 40 this season, Cruz continues to be a top-50 pick based on our expert consensus rankings. 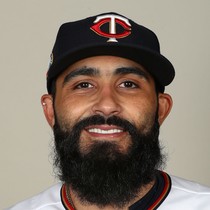 Sergio Romo is dealing with a minor shoulder strain and will be held out of action for a few days. (Source: Do-Hyoung Park on Twitter)

Fantasy Impact: The Twins reportedly aren't worried in the slightest. Expect to see Romo back on the field soon. He is expected to begin the year as a setup man for Taylor Rogers. 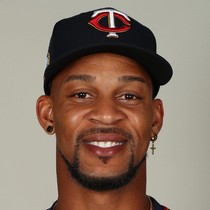 Byron Buxton (shoulder) has progressed to taking swings off a tee. (Source: Aaron Gleeman on Twitter)

Fantasy Impact: Buxton will be limited early in spring training after having labrum surgery last August. Manager Rocco Baldelli says the goal is for him to be ready for Opening Day. In 87 games last year Buxton hit 10 homers, stole 14 bases, and posted an .827 OPS. 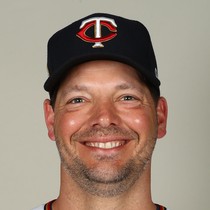 Rich hill (elbow) has begun a throwing program and hopes to make his Twins debut in early-June. (Source: Do-Hyoung Park on Twitter)

Fantasy Impact: Hill is on his second week of throwing and hopes to ramp up to long toss in a few weeks. The lefty underwent "primary and revision" surgery on his elbow in October before signing a one-year, $3 million contract with Minnesota. If all goes well he could start a rehab assignment in late-May. 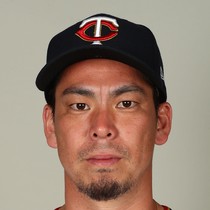 Kenta Maeda will officially be sent to the Minnesota Twins as part of the three-team 'megadeal' that will send Mookie Betts to the Dodgers. (Source: Ken Rosenthal on Twitter)

Fantasy Impact: Maeda is viewed as one of the more significant 'winners' of this trade, as the Twins will almost certainly deploy him as a traditional starter in their rotation. His fantasy value receives a sizable boost as a result of this transaction. 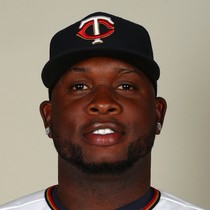 Miguel Sano has signed a three-year extension with the Twins that includes a club option for the 2023 season. (Source: Dustin Morse on Twitter)

Fantasy Impact: Sano had a limited 2019 campaign, but when he was on the field he produced for Minnesota. He hit 34 homers in only 380 at-bats for a .923 OPS. His average continued to hover below .250, but it was still an improvement on his lost 2018 campaign. Owners are hopeful that he can continue to build on his progress as he's still only going to turn 27 (May) this season. 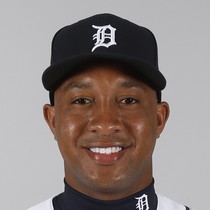 Free agent second baseman Jonathan Schoop has agreed to a one-year deal with the Detroit Tigers worth $6.1 million, according to multiple reports. (Source: Mark Feinsand on Twitter)

Fantasy Impact: Schoop broke out with Baltimore in 2017 with 32 home runs and a .293 batting average, but he was unable to replicate that production in both 2018 and 2019. He did hit a combined 44 home runs over the last two seasons, however, and should get a chance as the regular second baseman in Detroit as he attempts to rebuild his value at age 28. 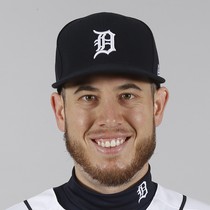 Fantasy Impact: Cron's procedure will remove dead or unhealthy tissue from the area. He will miss roughly six-to-eight weeks, but should be ready for spring training. Cron slashed .253/.311/.469 with 25 home runs and 78 RBI in 125 games during 2019. 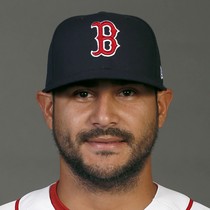 Minnesota Twins left-hander Martin Perez took a no-decision in his team's 5-4 loss to the Royals in Sunday's season finale. Perez allowed three runs in 5 2/3 innings of work while striking out five and walking three.

Fantasy Impact: Perez finishes his 2019 campaign with a 10-7 record, 5.12 ERA, 1.52 WHIP, and 135 strikeouts in 165 1/3 innings of work. The Twins will face off against the Yankees in the American League Divisional Series beginning on Friday. 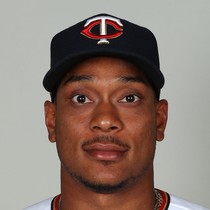 Minnesota Twins shortstop Jorge Polanco went 0-for-2 in a 5-4 loss to the Royals in Sunday's season finale.

Fantasy Impact: Polanco finishes his career year with a .295 average, .841 OPS, 22 homers, 107 runs, 79 RBI, and four steals. He will get ready to face off against the Yankees in the American League Divisional Series, which starts Friday. 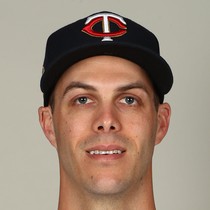 Minnesota Twins closer Taylor Rogers pitched a scoreless ninth to save a 4-3 win over the Royals on Saturday. Rogers struck out one and walked one in the frame. 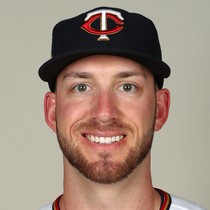 Minnesota Twins catcher Mitch Garver went 2-for-3 with two doubles and two runs in a 4-3 win over the Royals on Saturday.

Fantasy Impact: Garver is finishing up an impressive breakout season. The catcher is hitting .273 with 16 doubles, 31 homers, 70 runs, and 67 RBI in 311 at-bats. He should be a popular fantasy catcher in drafts next season. 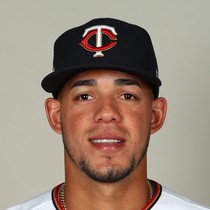 Minnesota Twins right-hander Jose Berrios pitched well in his final start of the regular season. Berrios allowed two runs in six innings in a 6-2 win over the Royals on Friday. He struck out nine and walked two.

Fantasy Impact: Berrios finishes the season with a 14-8 record, 3.68 ERA, 1.22 WHIP, and 195 strikeouts in 200 1/3 innings of work. He will be on the mound again at the beginning of the American League Divisional Series. 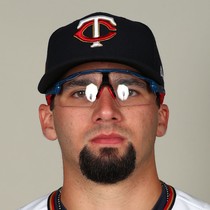 Minnesota Twins left-hander Devin Smeltzer allowed three runs over five innings in a 10-4 win over the Tigers on Thursday. Smeltzer struck out four and scattered 10 hits.

Fantasy Impact: It wasn't a dominant performance from Smeltzer but he got plenty of run support. The win improves his record to 2-2 with a 3.86 ERA across 49 innings of work. 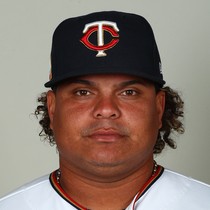 Minnesota Twins third baseman Willians Astudillo went 4-for-5 with a homer, four runs, and two RBI in a 10-4 win over the Tigers on Thursday. 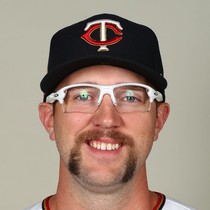 Minnesota Twins right-hander Randy Dobnak pitched well in a 5-1 win over the Tigers on Wednesday. Dobnak allowed just one unearned run over six innings while striking out six. 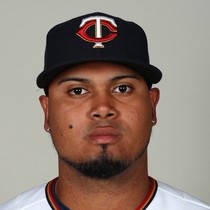 Minnesota Twins infielder Luis Arraez went 2-for-3 with a two-run homer in a 5-1 win over the Tigers on Wednesday.

Fantasy Impact: All Arraez has done since getting promoted is hit. The rookie is batting .344 with four homers, 53 runs, 28 RBI, and four steals while appearing in 90 games for the Twins. 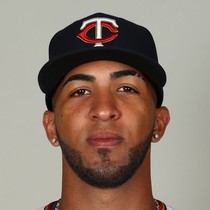 Minnesota Twins outfielder Eddie Rosario went 1-for-4 with a two-run homer in a 5-1 win over the Tigers on Wednesday.

Fantasy Impact: Rosario blasted an eighth-inning pitch over the fence for his 32nd home run of the season. The veteran is hitting .278 with 32 homers, 91 runs, 108 RBI, and three steals this season. 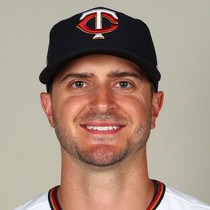 Minnesota Twins right-hander Jake Odorizzi was excellent in a 4-2 win over the Tigers on Tuesday. Odorizzi allowed just one run on two hits over six innings while striking out seven.

Fantasy Impact: Odorizzi was dominant, although he left after the sixth inning with cramping in his left hamstring. According to the team, the right-hander was removed from the start as a precaution. Overall, Odorizzi has a 15-7 record, 3.51 ERA, 1.21 WHIP, and 178 strikeouts in 159 innings of work. He still appears to be in line to start in the regular-season finale on Sunday against the Royals. 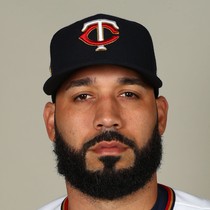 Minnesota Twins first baseman Marwin Gonzalez went 2-for-4 with a run and three RBI in a 12-8 win over the Royals on Sunday.

Deposit $10 at a DFS partner site you have NOT played at and get a FREE 6 Month HOF Subscription!
Claim Offer
Player News
View All News
Consensus Rankings
View All Rankings
Products Updates