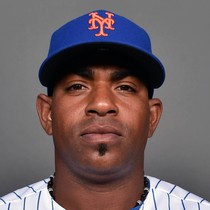 Yoenis Cespedes (ankle, heel) was among a group of Mets tracking flyballs in the outfield Wednesday. (Source: SNY)

Fantasy Impact: This is an important step in Cespedes' progression toward returning to full action for the Mets. The veteran slugger has already been running and participating in batting practice sessions this week. Cespedes missed all of 2019 and has not played in more than 81 games since the 2016 season. This is obviously an important spring for the 34-year-old. 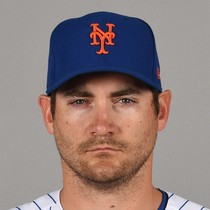 Seth Lugo to miss time in spring with injured toe

Mets reliever Seth Lugo will miss the start of the Grapefruit League season due to a fractured left pinkie toe, manager Luis Rojas said Tuesday. Lugo injured his toe banging into an object in his Port St. Lucie home on Monday night. “No major concern,” Rojas said. “It’s going to take like three days probably off throwing, and obviously we’ll ramp him up from there.” (Source: MLB.com)

Fantasy Impact: Lugo is coming off an impressive 2019 season where he posted a 2.70 ERA with 104 strikeouts in 80 innings. He is expected to be a prominent part of the Mets’ bullpen this season, pitching anywhere from the middle innings to the ninth -- often for more than three outs at a time. 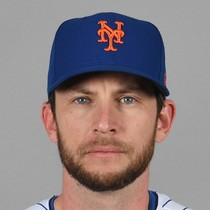 Jed Lowrie has no physcial issues during Monday's workout

Jed Lowrie was able to get through Monday's workout without any physical restrictions. (Source: Anthony DiComo on Twitter)

Fantasy Impact: Basically he was a "full go" today, fielding grounders and taking live batting practice. Lowrie appeared in just nine games last year and is expected to serve as a utility infielder in 2020. 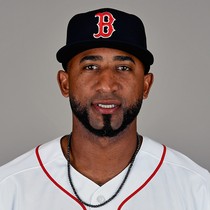 Eduardo Nunez signed a minor-league deal for $1.25 million with the Mets on Saturday. Nunez can also earn $750,000 in incentives. (Source: Jon Heyman on Twitter)

Fantasy Impact: Nunez hasn't provided meaningful fantasy numbers since 2017, when he batted .313 with 12 home runs and 24 steals. After a dismal partial season with the Red Sox last year, during which he slashed .228/.243/.304, it's difficult to see Nunez becoming fantasy-relevant again. Nevertheless, if he makes the Mets out of spring training, with his ability to play anywhere and the team's injury history, he could potentially be relevant down the line in NL-only leagues. 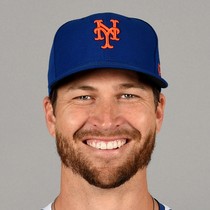 Mike Puma of the New York Post reports the Mets are in agreement with Luis Rojas to be their new manager. (Source: Mike Puma on Twitter )

Fantasy Impact: The contract is reportedly a multi-year deal. The Mets wound up acting reasonably quickly following the departure of Carlos Beltran. The 38-year-old Rojas now has three weeks to prepare himself before spring training begins. 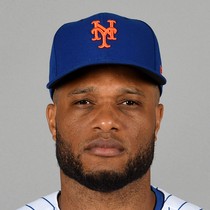 Carlos Beltran has informed the Mets that it is best if he steps down as manager. (Source: Tim Brown on Twitter)

Fantasy Impact: The fallout from the sign-stealing scandals continues to expand, now with Beltran stepping down as manager of the Mets. Beltran is now the first player who will endure a punishment, and his resignation also marks the third managerial change this week. It remains to be seen if the MLB will formally punish Beltran, or any other players who were implicated in the sign-stealing scandal. 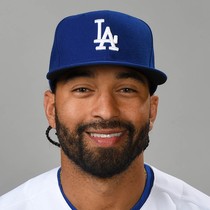 Fantasy Impact: Kemp hit just .200 with one homer in 62 plate appearances with the Reds last season before signing a minors contract with the Mets. He got hurt, however, and will now compete for a spot on the Marlins' Opening Day roster come spring training. 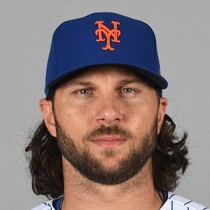 Jake Marisnick traded to the Mets

Jake Marisnick was traded to the Mets in exchange for two minor leaguers on Thursday.

Fantasy Impact: Marisnick could see a larger role for the Mets after appearing in only 120 games for a crowded Houston outfield. He slashed .233/.289/.411 with 10 home runs, 34 RBI and 10 stolen bases across 310 plate appearances. If Yoenis Cespedes (ankle) is unable to return in 2020, Marisnick should see extra at-bats and is worth a flyer in mixed-league formats. 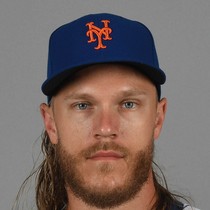 Fantasy Impact: New York has flirted with the idea of trading Thor before but has never gotten the right offer. With the team now ready to contend it wouldn't make sense for them to trade away their number-two starter. Syndergaard is currently under team control through 2021. 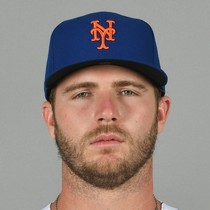 The BBWAA announced Monday that Pete Alonso is the 2019 National League Rookie of the Year. (Source: BBWAA on Twitter)

Fantasy Impact: Alonso received 29-of-30 first place votes. Mike Soroka got the other. The 24-year-old Alonso surprisingly broke camp with the Mets to begin the year and instantly hit the ground running. In 161 games he hit .260 with a whopping 53 homers and 120 RBI. The slugging first baseman won't come cheap in fantasy drafts next spring. 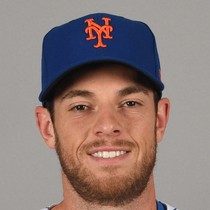 Mets starter Steven Matz tossed six shutout innings in Saturday's win over the Atlanta Braves, allowing two hits and five walks while striking out seven. The win brought him to 11-10.

Fantasy Impact: Matz had allowed 13 runs over his previous two starts coming into Saturday, but he was able to close out the season strong in a win over the Braves. He finishes the year with a 4.21 ERA and 153 strikeouts over 160 1/3 innings. 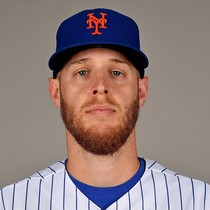 Zack Wheeler strikes out 10 in loss to Marlins Thursday

Mets starter Zack Wheeler allowed three earned runs on five hits and no walks while striking out 10 over eight innings in a loss to the Miami Marlins on Thursday. 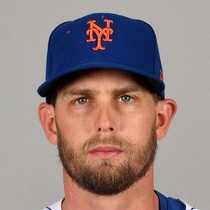 Mets utility man Jeff McNeil suffered a fractured right wrist after being hit by a pitch in Wednesday's win over the Miami Marlins.

Fantasy Impact: With only a few games left, McNeil is obviously done for the rest of the season. He finishes an excellent year with a .320 batting average, 83 runs scored, 23 home runs, 75 RBI, and five stolen bases through 133 games. 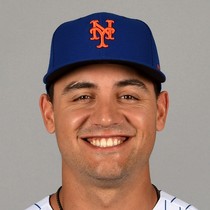 Mets outfielder Michael Conforto went 3-for-4 with two home runs, four RBI, and a walk in Monday's extra-innings win over the Marlins. The two homers give him 33 on the season.

Fantasy Impact: Conforto now has three home runs in his last three games, and his second homer on Tuesday was a game-tying shot in the bottom of the ninth to push the game into extras. 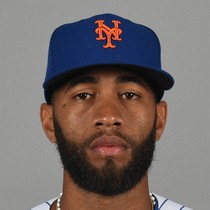 Mets shortstop Amed Rosario went 1-for-4 with a grand slam in Monday's loss to the Miami Marlins. The homer was his 15th of the year.

Fantasy Impact: Rosario has now homered three times in his last six games as he looks to finish strong in what has already been an impressive season for the young shortstop. 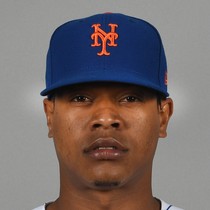 Mets starter Marcus Stroman allowed two earned runs on three hits and three walks while striking out two over 4 2/3 innings in Sunday's no-decision against the Reds.

Fantasy Impact: Stroman was reportedly dealing with nausea on Sunday but pitched through the sickness to nearly complete five innings of work. The Mets went on to win despite Stroman's short outing, and he will take on the Braves at home in his last start of the season. 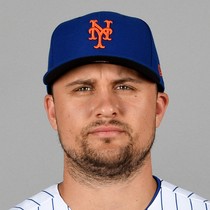 Mets outfielder J.D. Davis went 1-for-4 with a solo home run in Friday's loss to the Dodgers. The homer was his 19th of the season.

Fantasy Impact: Davis continues to carve out a role for himself in New York by simply producing seemingly every time he is called upon. Through 371 at-bats, he is batting .307 with 58 runs scored, 19 home runs, 52 RBI, and three stolen bases. 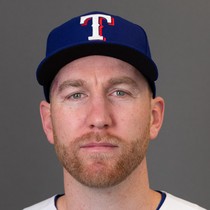 Mets third baseman Todd Frazier went 2-for-4 with two home runs and three RBI in Wednesday's win over the Diamondbacks. The homers were his 19th and 20th of the season.

Fantasy Impact: Frazier has been relegated to part time duty for most of the season but recently has been providing power when called upon. He is hard to rely on head-to-head leagues in the playoffs right now, except for deeper or NL-only leagues. 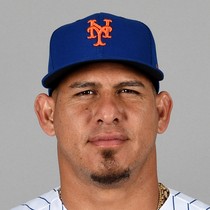 Mets catcher Wilson Ramos went 3-for-4 with a home run, a walk, three RBI, and two runs scored in Sunday's loss to the Phillies. The homer was his 14th of the season.

Fantasy Impact: Ramos hit .434 in August and is batting .335 in the second half after batting .272 in the first half of the season. He got off to a slow start but is once again one of the better contributors in fantasy at the catcher position. 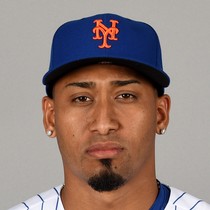 Mets reliever Edwin Diaz allowed two earned runs on two hits and no walks while striking out three over an inning of work against the Phillies on Friday. He suffered his seventh blown save of the season but was able to escape with the win.

Fantasy Impact: Diaz allowed a two-run home run to Phillies catcher J.T. Realmuto in the top of the ninth inning, but the Mets were able to walk off with the win in the bottom half of the inning. Diaz has had an awful season and now has a 5.88 ERA to go with his seven blown saves.

Deposit $10 at a DFS partner site you have NOT played at and get a FREE 6 Month HOF Subscription!
Claim Offer
Player News
View All News
Consensus Rankings
View All Rankings
Products Updates