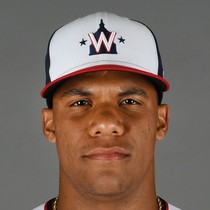 Juan Soto away from team

Juan Soto came into contact with a teammate that tested positive for coronavirus, and is currently isolating away from Nationals Park. (Source: Jesse Dougherty of The Washington Post)

Fantasy Impact: Soto will be away from the team for about a week, based on a similar circumstance occurring in Phillies camp with Aaron Nola. He will have to test negative before resuming workouts. Assuming there are no additional setbacks, he should be able to get enough reps in prior to Opening Day to be the superstar that fantasy players are expecting. 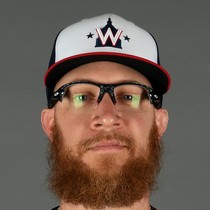 Sean Doolittle leaning towards playing in 2020

Sean Doolittle said on Sunday that he's "planning on playing" in 2020, but if he starts "to feel unsafe," he may decide to opt out. (Source: Mark Zuckerman on Twitter)

Fantasy Impact: Many players have expressed concerns over playing since reporting to camp, so Doolittle is not alone in his cautious approach. Doolittle, if on the field, will likely retain the ninth inning role for the Nationals in 2020. 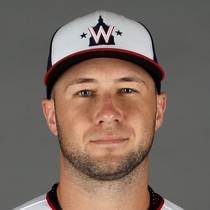 Carter Kieboom expected to be Nationals’ starting 3B

Fantasy Impact: Kieboom will be the Nationals’ starting 3B and replace Ryan Zimmerman who opted out of the 2020 season. He could lose some at bats to Asdubal Cabrerra, but the 22-year-old will get first crack at the starting gig. Kieboom has upside and is worth a late-round flyer in standard leagues. He slashed .303/.409./.493 with 16 homers, 79 RBI, 79 runs and five stolen bases across 494 plate appearances in Triple-A last season.

Fantasy Impact: The right-hander out of Oklahoma was the 22nd pick in this year's draft. He is highly unlikely to make his major league debut this year but the team wants to work on his development. Most every top prospect around the league has been added to their organization's 60-man player pool at this point. 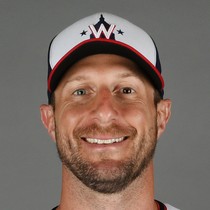 Fantasy Impact: Most starters probably won't throw that many pitches this early in summer camp, but of course Scherzer did. The World Series champ is fully healthy heading into the 2020 season and should be one of the first three aces selected in fantasy drafts this month. 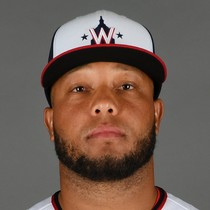 Welington Castillo opts out of playing in 2020

Nationals catcher Welington Castillo has opted out of playing the 2020 season. (Source: Jesse Dougherty on Twitter)

Fantasy Impact: Castillo is the third member of the Nationals to opt out this year, joining Joe Ross and Ryan Zimmerman. He signed a minor-league contract with the team back in January and was penciled in as the organization's third catcher this season. 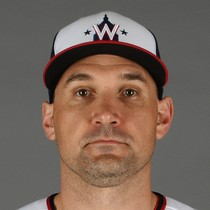 Ryan Zimmerman opts out of 2020 season

Fantasy Impact: Zimmerman joins Joe Ross and Mike Leake as the first three to make this decision. The longtime National re-signed with the organization on a one-year deal this offseason. The veteran infielder has family members who are considered “high risk.” There will surely be more players choosing to opt out in the coming days. 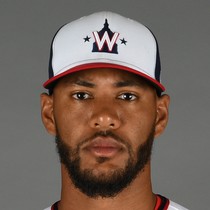 Joe Ross expected to opt out of 2020 season

Britt Ghiroli of The Athletic reports Joe Ross is expected to opt out of the 2020 MLB season. (Source: Britt Ghiroli on Twitter )

Fantasy Impact: Ross is the second player to reportedly opt out this afternoon, joining Mike Leake of the Diamondbacks. One would figure there will be several others following their lead in the coming days. However, this likely won’t shake up the fantasy world until a star player makes the same decision. Ross likely would’ve been Washington’s fifth starter this summer. 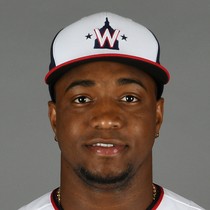 Victor Robles not batting leadoff after all this season?

Nationals manager Dave Martinez spoke with reporters on Wednesday and hinted that he would like to keep Trea Turner and Adam Eaton together at the top of the Washington lineup, with Soto batting third. This would mean that Victor Robles, who had been getting a look at batting leadoff, would drop back down in the order. (Source: Jesse Dougherty on Twitter)

Fantasy Impact: Robles owners in fantasy have been hoping for weeks for the team to announce him as the leadoff batter, as it would mean more at-bats and, seemingly, more hits, runs, and stolen bases. A drop down in the batting order is not ideal, but he will still likely see plenty of green lights on the base paths. 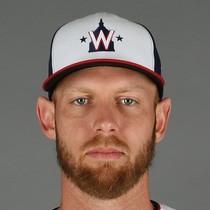 Nationals starter Stephen Strasburg allowed one earned run on two hits and no walks while striking out four in Wednesday's matchup against the Houston Astros.

Fantasy Impact: Strasburg threw more breaking pitches last year and ended up having one of the best seasons of his career. He agreed to a seven-year, $245 million contract in the offseason so expectations are high heading into 2020. 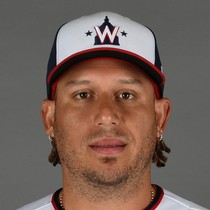 Asdrubal Cabrera could start at third base for the Nationals

Utilityman Asdrubal Cabrera could start at third base for the Nationals early in the season if the team determines that top prospect Carter Kieboom isn't ready to handle the everyday job to start the year, according to beat reporter Jessica Camerato. (Source: Jessica Camerato, MLB.com)

Fantasy Impact: Kieboom hit just .128 in 39 big league at-bats last season, though he managed to bat .303 with 16 home runs in 494 plate appearances at Triple-A. The job is considered Kieboom's to lose, but Cabrera is a veteran presence who could take at-bats away from Kieboom, especially early in the season. 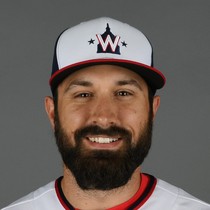 Nationals outfielder Adam Eaton, who has been dealing with a hamstring issue, is currently running at "75, 80 percent," according to manager Dave Martinez. (Source: Jessica Camerato, MLB.com)

Fantasy Impact: While it sounds like Eaton is making progress, he is now missed about a week of camp. With the opening season just a little over two weeks to go, fantasy owners are right to be getting a little nervous about Eaton's availability to start the season. The Nationals, for their part, are unconcerned and have pointed to Eaton's early arrival in camp as one of their reasons for optimism. 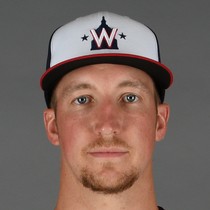 Fantasy Impact: Fedde is in a tight battle for a spot in the Washington rotation with Joe Ross and Austin Voth, both of whom are also having strong Springs. In 2019, Fedde pitched to a 4.50 ERA while striking out 41 batters over 78 innings. 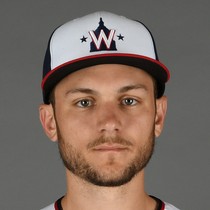 Nationals shortstop Trea Turner went 1-for-3 with a walk, a run scored, and a stolen base in Saturday's win over the New York Mets. The steal was his first of the Spring.

Fantasy Impact: Turner managed to steal 35 bases in just 122 games last season, so expectations are high in 2020. There has been some talk that he could bat in the middle of the lineup after the departure of Anthony Rendon in free agency, but he batted in his usual leadoff spot on Saturday. 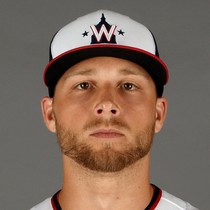 Fantasy Impact: Voth has a 1.29 ERA this Spring and is making a strong case for the fifth spot in the Washington rotation. 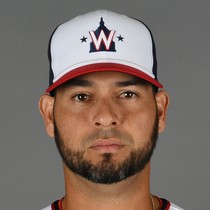 Nationals starter Anibal Sanchez allowed just one hit and struck out three over four scoreless innings in Friday's matchup against the Miami Marlins.

Fantasy Impact: Sanchez is coming off of a solid season for the Nationals in 2019 and is expected to line up as their fourth starter after their big three of Strasburg, Scherzer, and Corbin. He won't wow you with strikeout numbers but is an effective depth starter capable of putting up more than 150 innings with an ERA below 4.00. 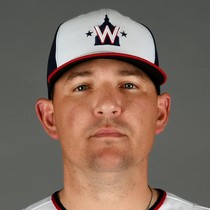 Will Harris (abdomen) throws off a mound Friday

Will Harris (abdomen) threw at less than full effort on Friday. (Source: Jesse Dougherty on Twitter)

Fantasy Impact: Harris threw 20 pitches, sat down, and then threw 20 more. The veteran reliever is working his way back from a strained left abdomen. 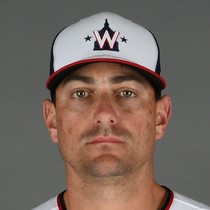 Daniel Hudson gets knocked around for four runs Thursday

Nationals reliever Daniel Hudson allowed four earned runs on four hits and no walks while striking out none over just 1/3 of an inning in Thursday's matchup with the St. Louis Cardinals.

Fantasy Impact: After incumbent closer Sean Doolittle allowed three earned runs of his own on Thursday, Hudson entered the game with an opportunity to add some brownie points with a solid performance. He did quite the opposite, however, getting tagged for four earned runs while recording just one out. 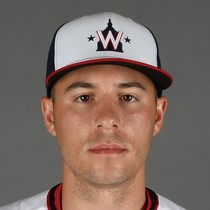 Fantasy Impact: Corbin struck out 238 batters last season and enters the year as part of Washington's "Big Three" along with Max Scherzer and Stephen Strasburg. He is projected for well over 200 strikeouts once again and could be a bargain for fantasy owners who do not spent the draft capital to grab Gerrit Cole, Jacob deGrom, Justin Verlander, Jack Flaherty, Scherzer, Strasburg, or Walker Buehler in the first two rounds. 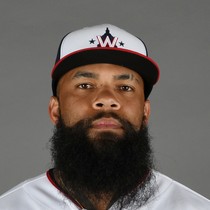 Nationals first baseman/outfielder Eric Thames is dealing with a tight left calf but should be able to appear in some games this weekend, according to manager Dave Martinez. (Source: Sam Fortier on Twitter)

Fantasy Impact: Thames has displayed his power over the last few seasons but has had troubles with both injuries and consistency. He will have a chance to carve out a roll with the Nationals as a left-handed bat against right-handed pitching this year.